I’ve recently come across the ‘googleVis’ R package. This allows you to create a variety of different (typical and standard) charts in R but with the look and feel of the charts we can get from a number of different Google sites.

I won’t bore you with some examples in the post but I’ll point you to a good tutorial on the various charts.

Here is the link to the mini-tutorial.

Before you can use the package you will need to install it. The simplest way is to run the following in your R session.

Depending on your version of R you may need to upgrade.

Here is a selection of some of the charts you can create, and there are many, many more. 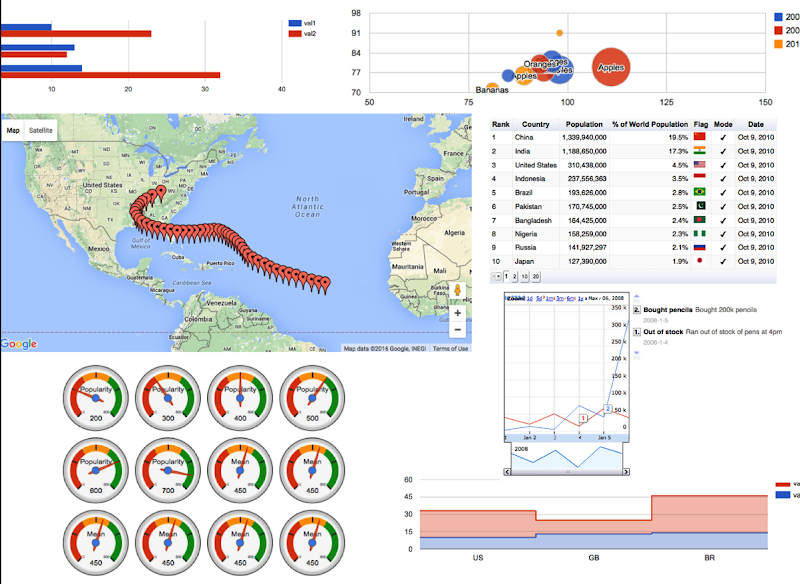 Some of you might be familiar with the presenting that Hans Rosling gives. Some of the same technology is behind these bubble charts from Google, as they bought the software years ago. Hans typically uses a data set that consists of GDP, Population and Life Expectancy for countries around the World. You too can use this same data set and is available from rdatamarket. The following R codes will extract this data set to you local R session and you can then use it as input to the various charts in the googleVis functions.

Here is an example of the bubble chart using this data set. 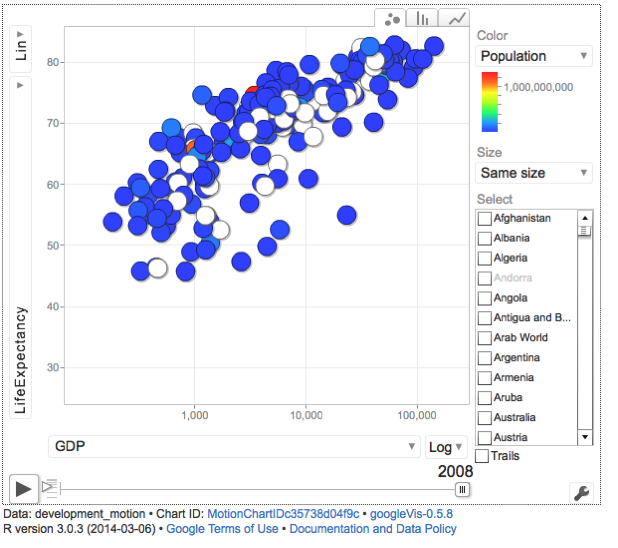 This entry was posted in R and tagged R, Visualizations.